My father moved to Jackson Hole in 1989 and built his dream home. This began my passion for mountains and building…

After high school, I explored several construction trades, developed carpentry skills and worked on filling a toolbox. While working for a regional Construction Management company in Jackson it became clear that more formal education was the best addition to my “toolbox.”

While enrolled in the Construction Engineering Technology program at Montana State University in Bozeman, Montana, I found an internship with Zaist Construction Management (ZCM) and worked on the Teton Science School’s Jackson Campus project. After graduating with a degree in CET/Business Administration, I continued working for ZCM for twelve years plus a year of consulting under Pingora Construction Management.

Under the mentorship of Stan Zaist, I’ve worked on some of the area's largest projects, with Private and Government clients; including the Jackson Hole Mountain Resort and Grand Teton National Park. It’s been a true blessing to get such exposure to all project aspects and phases. I enjoy a sense of pride when friends and family visit and we ride the Tram, eat at Piste or OYG; knowing that I had a significant contribution in creating the spaces and structures.

Today’s toolbox is more relationships and contacts than hammers and saws. I’ve developed an extensive network of people and suppliers to accomplish all aspects of program management, from the mundane to highly specialized.

I established Pingora Construction Management in 2017. My path has been rigorous, in both labor and management. Let me use this experience to help you with your goals.

In 2019, PCM completed our family’s residence, rounding out the other side of the Construction Management equation: Owner. Being the Client with wife Maria, presented the opportunity to apply our values to our own project. This experience will help me serve you!

It is my mission, through Pingora Construction Management, to help you achieve your dreams. Whether it’s a hotel, restaurant, or home, I’m here to help. Let’s build your dream together! 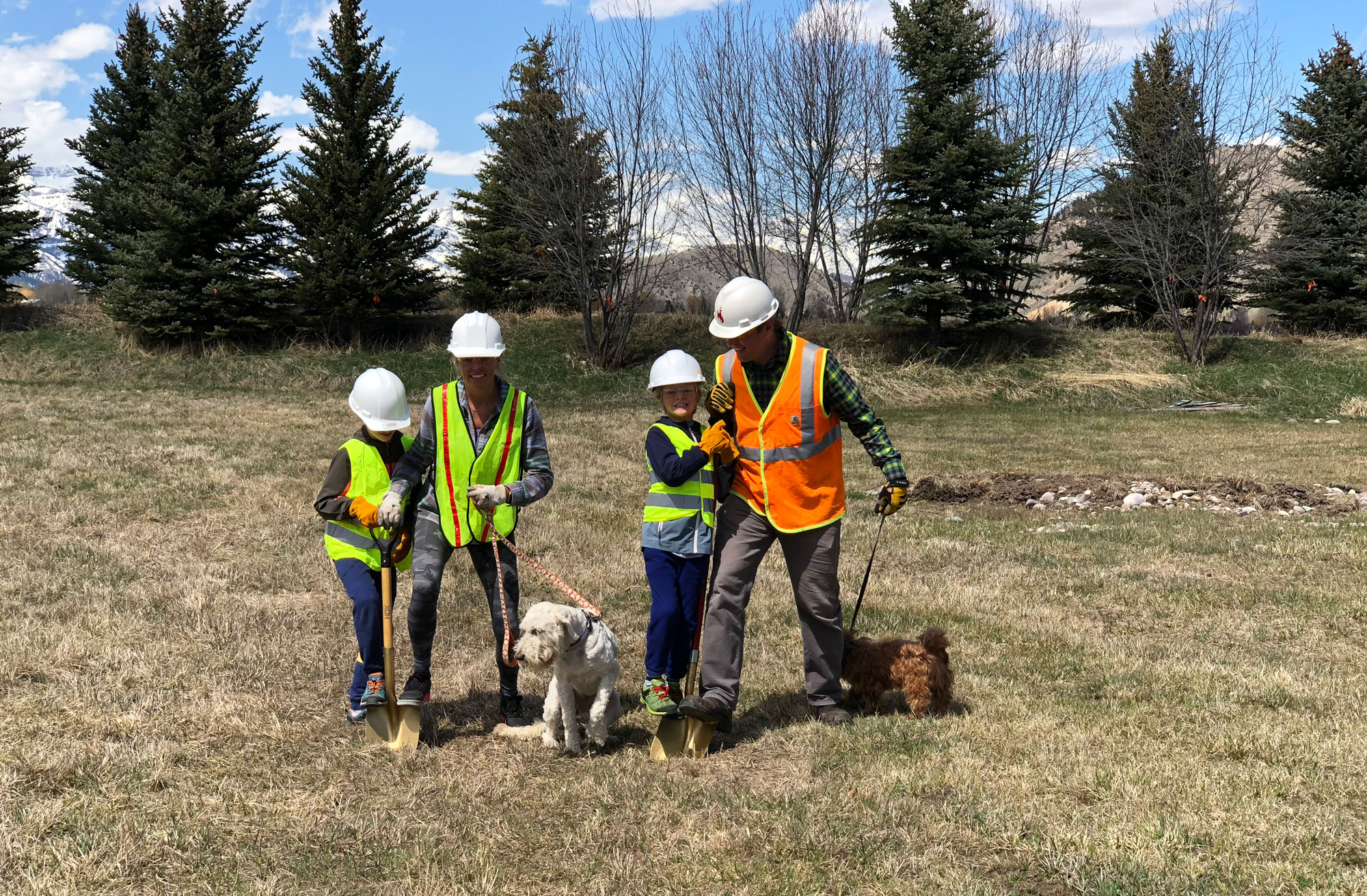 Jason and his family breaking ground on their new home.

I’ve spent my life studying and participating in the construction process. Each project has thousands of unique decisions. With keenly developed problem solving skills, understanding of economic decisions, and clearly communicated priorities; you can rest assured you’re equipped with the information needed to make the right decisions.

PCM’s primary goal is efficiency. Get PCM on the team early and we’ll stack planning, design, permitting, budgeting, and procurement as tight as possible so you can enjoy your space or start generating cash-flow as soon as possible! PCM is also able to join teams with well-developed plans.

At PCM we believe communication is the cornerstone of every effective project delivery. Regular Owner meetings are the basis of ensuring the Project stays on track. They are the forum where direction starts and feedback returns. Each week we’ll check in: look back, see where we are, and plan next steps. These meetings also track communication within each teammates organization and communication between them. Effective meetings, clear work breakdown structures, assignment of action items; all are documented regularly and compared against project goals including schedule milestones and budget.

This process ensures integrity, fosters communication, and requires transparency. It develops trust among stakeholders and makes for strong project teams. So let’s get started…

Pingora is the peak in the center of the Cirque of Towers in Wyoming’s Wind River Mountain Range. After ascending the peak in 2017, Pingora Construction Management founder, Jason Leslie, thought that Pingora was a good name for his new business endeavor. He drew parallels between the recreational activity of mountaineering and the working practice of Construction Management.